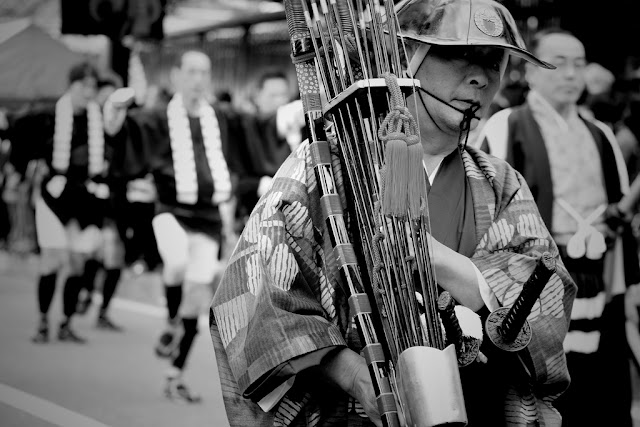 This is an annual festival held in Wakamiya Shrine, branch of Kasuga Grand Shrine. It is said that Tadamichi Fujiwara, Kampaku (Chief Advisor of Emperor), started this festival to pray for bumper crops on Sept.17 in the 2nd year of Hoen (1136) in the late Heian era. 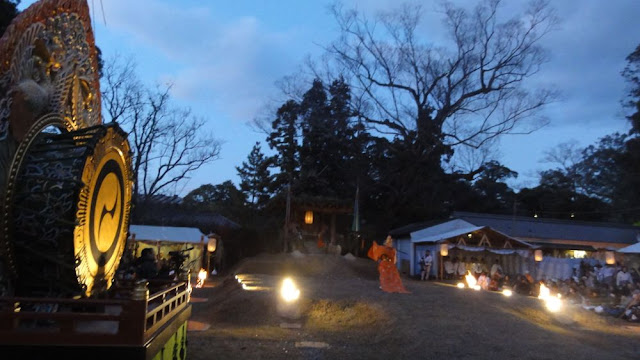 In the past, monk soldiers of the Kofuku-ji Temple participated in the festival. However, because of the policy of separation between Shintoism and Buddhism in the Meiji era, the festival changed into one for the whole Nara. The date changed to December 17. On the festival day, Divine Spirit of Wakamiya is transferred to a small place called Otabisho, near the approach to Kasuga Grand Shrine. In the daytime you can see a parade of people wearing clothes of entertainment and martial arts, and feudal lords as well. At night you can see dedicatory entertainments such as Shinto music and dancing (Kagura), court dance and music (Bugaku), ritual music and dancing (Dengaku) and Seinoo until the Divine Spirit gets back to the shrine. These entertainments are designated as important intangible folk cultural assets.