"Monument for Nothing" at Mori Art Museum, Tokyo 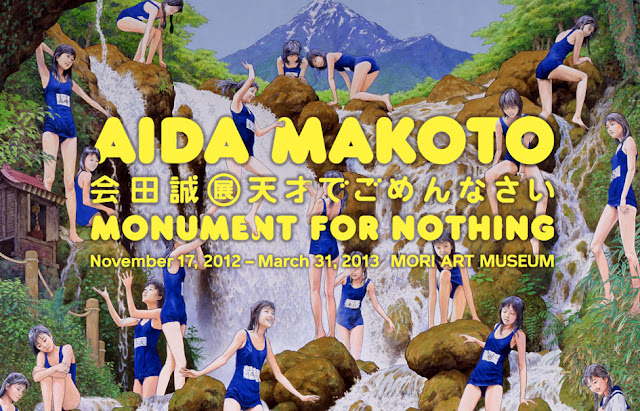 Aida Makoto is one of the most noted contemporary artists in Japan today. Though grotesque and erotic in style, Aida's work displays an incisive critical faculty when it comes to political and historical issues. And, while projecting modern Japanese society, he simultaneously draws heavily on traditional artworks and modes of expression. It is also true, however, that surveying Aida's oeuvre, that very ambiguity starts to resemble a miniature version of Japanese society. This exhibition, Aida Makoto's first solo museum show, will reveal the artist in all his chaotic glory, via around 100 works - including new offerings - covering the two decades since his arrival on the international art scene.