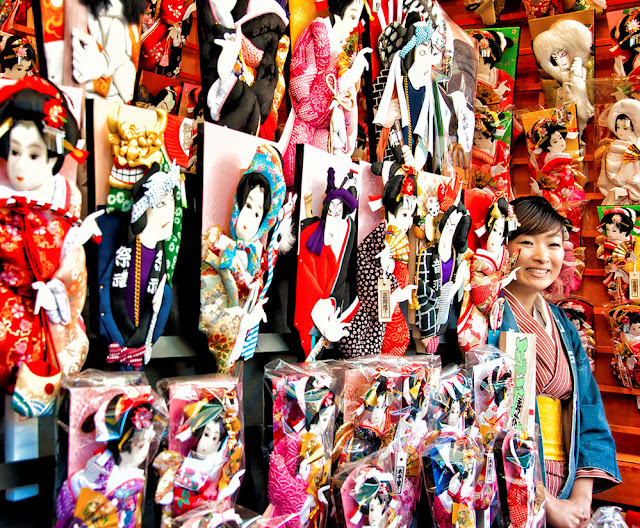 A lively fair full of Edo sentiments, brightly coloring downtown Tokyo at the year-end Senso-ji Temple in Asakusa is one of the most famous sightseeing spots in Tokyo. The Hagoita-Ichi (Battledore Fair) is an annual fair held in its precincts at the end of the year. Near the Hondo or main hall of Senso-ji Temple, some 50 open-air stalls selling hagoita (battledores), shuttlecocks, kites and other New Year decorations stand huddled together, and numerous people gather here from all over the country. This is a traditional fair dating back to the Edo Period, but it was apparently only after World War II that the name Hagoita-Ichi became popular.

# For the details, please access to the followings;
[Seasonable Traditions & Japanese Culture] http://www.edo265.net/japan/
[Official Homepage of the Event]  http://asakusa-toshinoichi.com/