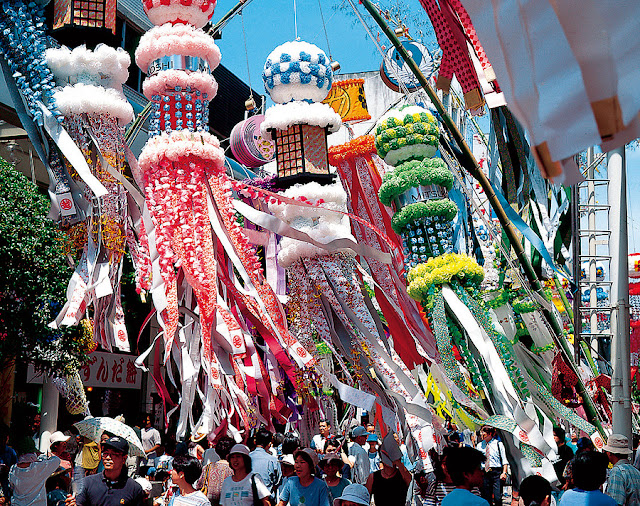 6th - 8th August, 2016 | in Sendai City, Miyagi Pref.
Tanabata Star Festival in Sendai is the last of the three great summer festivals of northern Japan.
It features street decorations of bamboo poles with streamers, banners, ribbons and flowers of almost every imaginable color—all made with washi paper.
It is considered the most beautiful of all the Tanabata festivals, which are held in most places in Japan on July 7th.


The colorful bamboo poles are raised for about two miles on two streets in Sendai's main shopping district. The main event is an evening parade in which 2,000 people in 40 groups carry portable shrines through the streets where bamboo poles are displayed.

The festival ends with a fireworks display in which about 12,000 fireworks are set off.
Sometimes as many as 2 million people show up of the event.