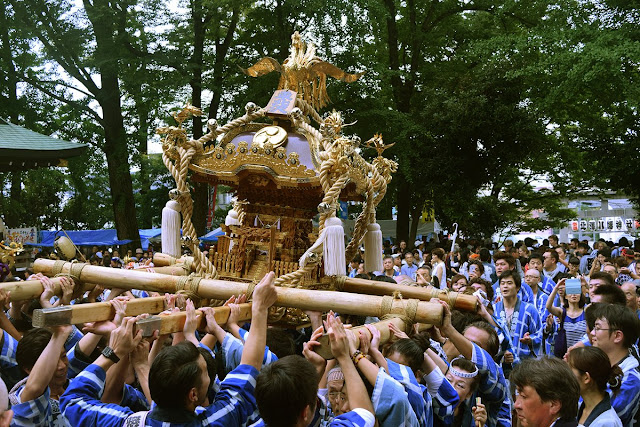 3rd & 4th September, 2016 | Shimokitazawa, Tokyo
Kitazawa Hachiman Shrine was built more than 500 years ago in Tokyo’s Setagaya Ward to put the area under divine protection.
The event begins with purification rites at eight areas around Shimokitazawa, after which there will be performances of wadaiko (Japanese drums) and kagura (traditional Shinto dance).
Entertainment will come on the second day with Nihon buyō (Japanese dance) and bugaku (ancient court dance), but what visitors absolutely can’t miss is a parade of around 20 mikoshi (portable shrines) that will start at 1 p.m.
The procession will begin on Daizawa Sansaro Street near the post office and head to the shrine.