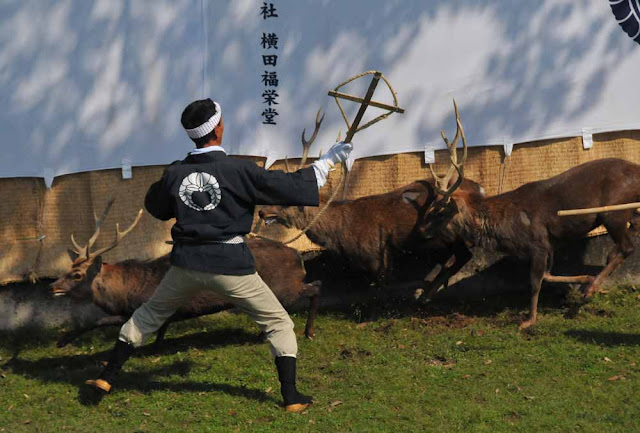 The horn cutting ceremony was held in order to prevent people from being injured, during the Kanbun era (1661-73), the early Edo period.
It was perfomed in the dead-end streets by the magistrates of Nara.
The ceremony resumed in the 24th year of Meiji(1892), and has been held using part of the front approach to the Kasuga Grand Shrine with the spectators' seats set up nearby.
In the 4th year of Showa(1930), a new pen was completed, a part of which has been used for the horn-cutting ceremony.
In the ceremony, 7 or 8 stags are brought into the horn-cutting place, captured by brave men called Seko, and the deer horns are cut off with a saw.
This is an event peculiar to Nara.