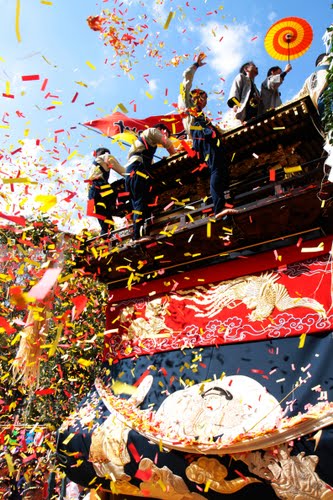 15th & 16th October, 2016 | Toyota City, Aichi Pref.
Koromo is what Toyota City used to be called before it became Toyota City.
During the festival, eight ‘dashi’ or floats (festival cars) are paraded around the city. Each float represents a neighbourhood of Toyota City.