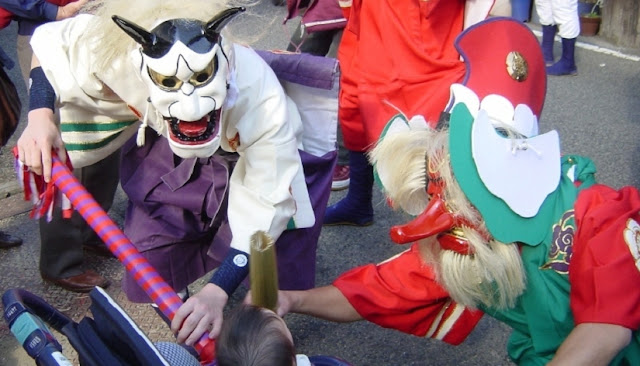 1st - 3rd November, 2016 | Onomichi City, Hiroshima Pref.
This festival is said to have its origins in an attempt to ward off the plague during the Edo Era (17th to 19th centuries).
Dancing to the beat of music played on drums and bells, young men wearing comical masks or a lion costume run through the city streets, chasing the children there, and hitting them on the head or body with bamboo whisks.
The children thus “beaten” are then said to be safe from illness or disaster for the coming year.
Even though they may be frightened, toddlers are held by their parents and subjected to a “thrashing”, all in good fun. Within Hiroshima Prefecture, this festival is unique and has been designated an Intangible Folklore Cultural Property.   (*reference: Onomichi City)