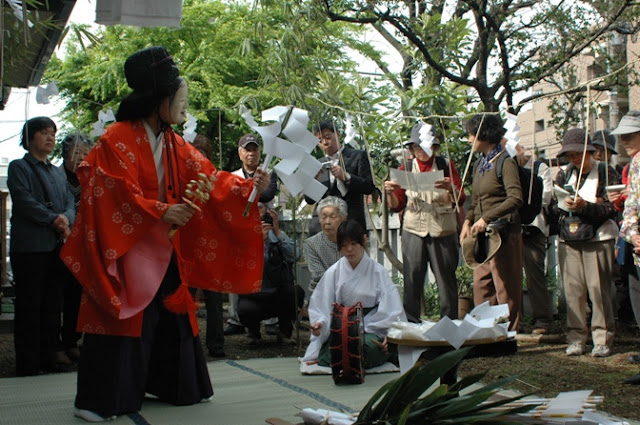 21th April, 2017 | at Tenso-jinja Shrine, Ota-ku, Tokyo
Masked priests perform sacred dances to the tune of drum music for a good harvest of the year.

A traditional dance to repel evil spirits and wish for fertility is held at Tenso Shrine every year on April 21st. After the dance, a ritual called “Oyubana” is performed, which is said to have begun in the Edo period.