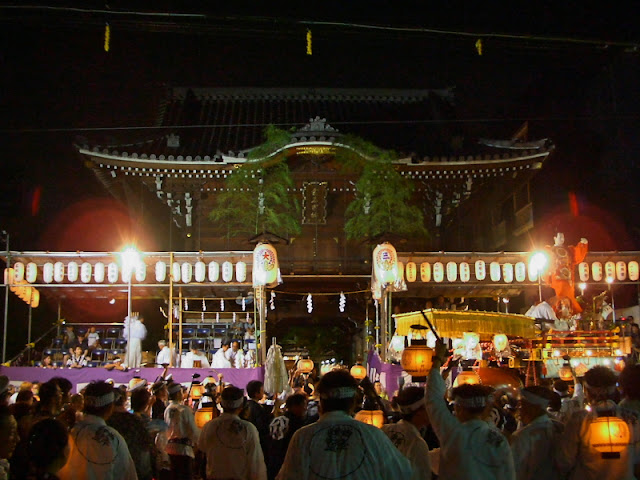 Every town within the central part of the city has its own 3 wheeled, highly decorative festival cart.
Each cart has a large taiko drum at the back and several kane along the sides. Each town has a particular sequence for each of those instruments, creating a unique and identifying sound.

Another identifying feature is the placement of the kakegoe, or shouts. Over the course of the weekend, the carts are pulled toward Kasuga Shrine for presentation, performing along the way.

With over 30 carts with distinct rhythms, it has been said that the Kuwana festival is the loudest festival in Japan.   (*reference: Wiki)