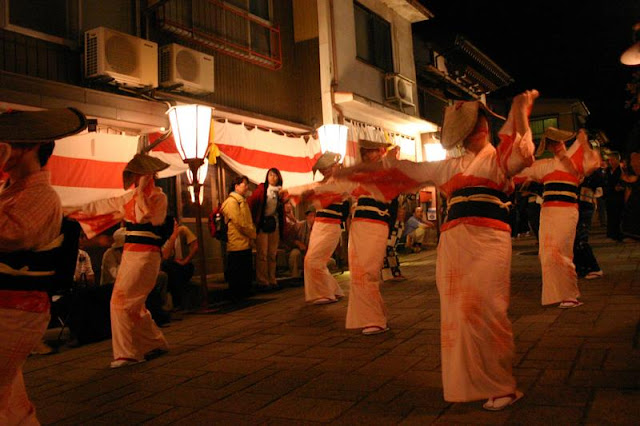 1st - 3rd September, 2017 | Toyama City, Toyama Pref.
This is a traditional folk event to appease the wind and pray for a bountiful crop, and is held every year for three days from September 1st.
It corresponds to the 210th day from the first day of spring according to the traditional Japanese calendar and is considered a day often beset by calamities when farmers are frequently struck by typhoons.
Although there are many explanations about its origins, it is generally believed that the Bon ritual of paying homage to ancestors merged with a festival praying for a rich harvest.