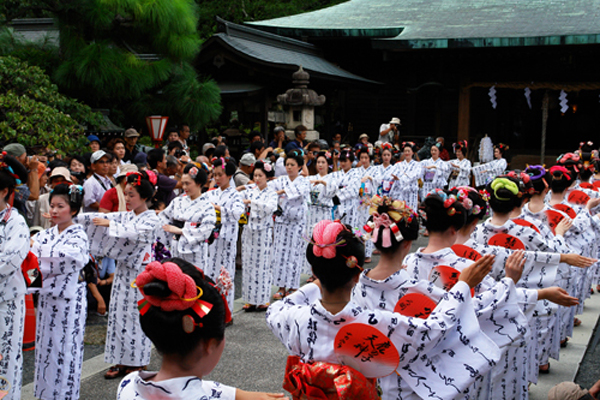 This festival commemorates the hairstyle and is held near the Kaminozuka, a round stone monument in front of Toragozen’s grave at Udaji Temple, which served as her family’s temple.

Women from the city can be seen wearing various types of Shimada Mage on Hon Dori in front of Shimada Station.

As the Shimada Mage dance and other activities are presented, the sight of all the women in the streets wearing their hair in the Mage fashion enlivens the atmosphere of the area.   (*reference: Shizuoka Guide)