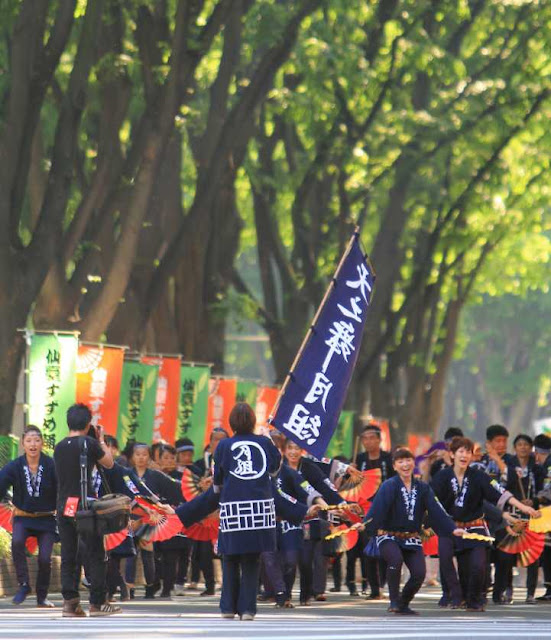 19th & 20th May, 2018 | at Sendai City, Miyagi Pref. The Aoba Festival, originally called the Sendai Festival, started 350 years ago after the completion of the city's Toshogu Shrine by clan leader Date Tadamune,
Like all Toshogu Shrines, they were built to honor the legendary leader that united the country:
Tokugawa Ieyasu. Years later when Aoba Shrine was built to remember the founder of Sendai, Date Masamune, people slowly started to start call the celebration Aoba Festival. Today, you'll see the history, tradition, and a little magic by some colorful characters that make the festival the unforgettable experience that it is.

# For the details, please access to the followings site;
[Seasonable Traditions & Japanese Culture] http://www.goldenjipangu.com/180518aooba.html
[Official Homepage of the Event]  http://www.aoba-matsuri.com/index.html