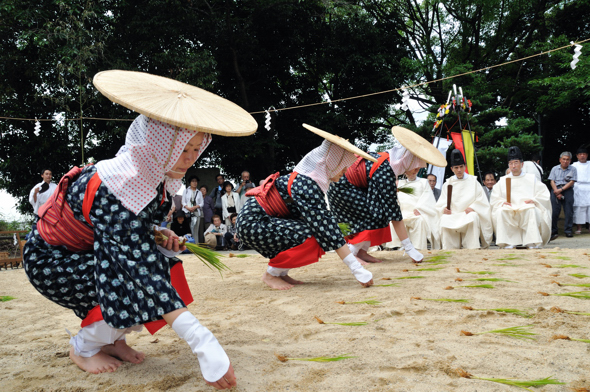 30th June, 2018 | at Isonokami Shrine, Tenri City, Nara
Isonokami Shrine is a Shinto shrine located in the hills of Tenri in Nara prefecture, Japan. It is one of the oldest extant Shinto shrines in Japan and has housed several significant artifacts.
Isonokami shrine was highly regarded in the ancient era, and frequented by many members of the imperial family.
It played a pivotal role in Japan's early history, especially during the 3rd to 5th centuries. The shrine is at the northern end of the Yamanobe no michi, the oldest road in Japan.

# For the details, please access to the followings site;
[Seasonable Traditions & Japanese Culture] http://www.goldenjipangu.com/180630tenri.html
[Official Homepage of the Event]  https://www.visitnara.jp/