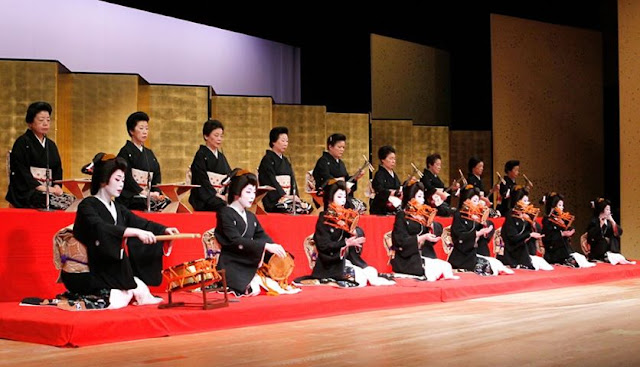 21st - 24th September, 2018 | Kanazawa City, Ishikawa Pref. Kanazawa had a further expansion in 1661, when many samurai who had followed their retired lord Toshitsune to his villa at Komatsu returned after his death. They built houses on the fringes of the city, with street layouts almost totally unplanned.
These areas are some of the most labyrinthine parts of the city, but this was not done for defensive purposes at all: by this time peace was quite firmly secured. To alleviate crowding from the continual (illegal) inflow of peasants and other migrants, residents were permitted to rent land from neighbouring farmers, and these areas are some of the most convoluted of all, as the roads were laid out on the old winding paths through the fields.


# For the details, please access to the followings site;
[Seasonable Traditions & Japanese Culture] http://www.goldenjipangu.com/180920kanazawa.html
[Official Homepage of the Event] http://www.kanazawaodori.jp/