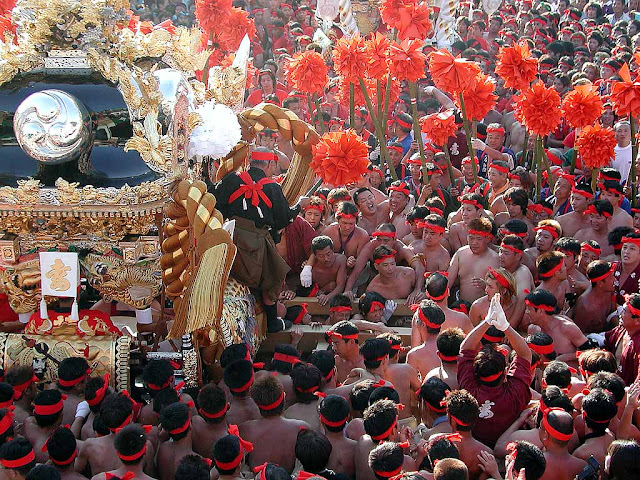 14th - 15th October, 2018 | at Himeji City, Hyogo Pref.   Kenka Festival at Himeji City near Kobe features battles in which men carrying shrines slam their shrines into each other and battle one another, while pom-pom carrying, and stick pounding supporters egg them on, in effort to be the first to climb the Matsubara Hachiman Shrine. The festival dates back to 1471 when a local ruler donated 200 bags of rice to help rebuild a shrine which had been burned down in a battle. Floats were used to carry the rice to the top of a local sacred mountain. In the late 16th century the shrine was destroyed again, this time by Toyotomi Hideyoshi as an act of revenge against local people for supporting a rival war lord.


# For the details, please access to the followings site;
[Seasonable Traditions & Japanese Culture] http://www.goldenjipangu.com/181014himeji.html
[Official Homepage of the Event]  http://www.himeji-kanko.jp/