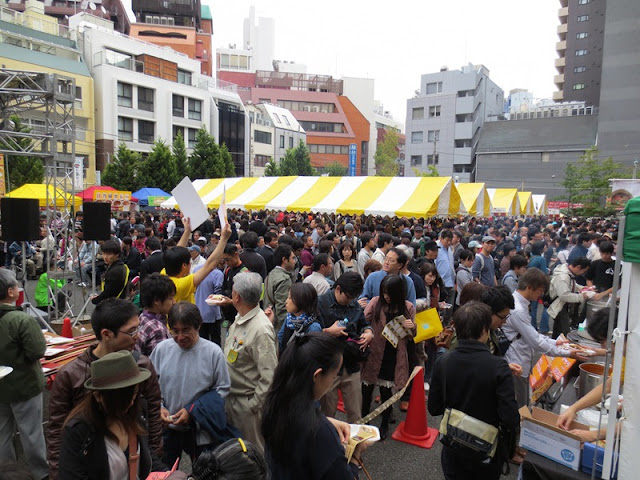 3rd & 4th November, 2018 | Ogawa Plaza in Tokyo’s Chiyoda Ward While it may not be the first thing that comes to mind when people think about Japanese food, curry is still a mainstay in Japan’s food scene as one of the nation’s most popular dishes.
Introduced to the country during the Meiji Period, the spicy Indian dish quickly became mainstream and was modified to suit the milder Japanese palate. Kanda Curry Grand Prix will be held in Tokyo’s Chiyoda Ward with more than 20 participating vendors.
Visitors can taste a variety of Japanese and Indian curry dishes sold in stalls while listening to several musical acts performing on stage. The two-day event will conclude with the awards ceremony announcing the winner of the 2018 Grand Prix. Everyone is welcomed to join — as long as they bring an empty stomach.


# For the details, please access to the followings site;
[Seasonable Traditions & Japanese Culture] http://www.goldenjipangu.com/181101kanda.html
[Official Homepage of the Event]  ››  http://kanda-curry.com/