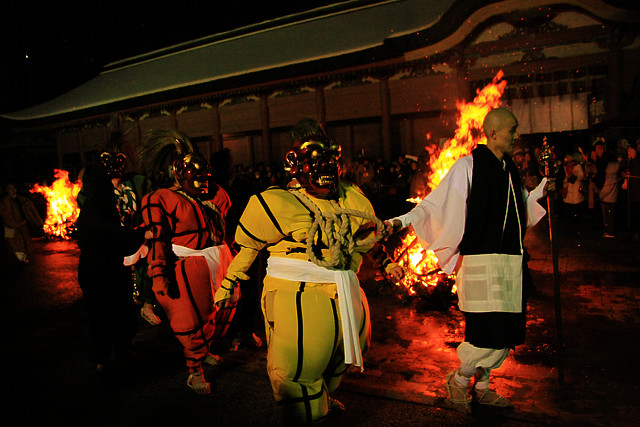 31th December, 2018 | at Enryakuji Temple, Hieizan, Shiga Pref. Enryakuji was founded in 788 by Saicho, the monk who introduced Tendai Buddhism from China into Japan. At its peak, Enryakuji had as many as 3000 subtemples and a powerful army of warrior monks who often engaged in power struggles with other monasteries and political leaders.

# For the details, please access to the followings site;
[Seasonable Traditions & Japanese Culture] http://www.goldenjipangu.com/181231hieizan.html
[Official Homepage of the Event]  http://www.biwako-visitors.jp/event/detail/14602