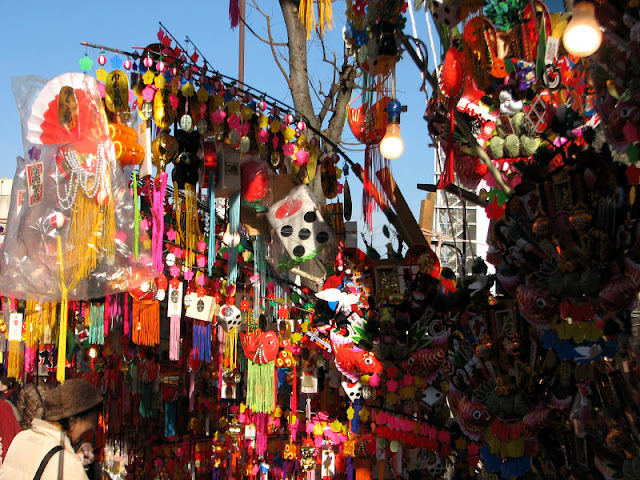 6th - 7th January, 2019 | Takasaki, Gumma   Takasaki City (Gunma Prefecture), 100 kilometers north of Tokyo, is the capital of the daruma doll, a good luck charm, representing a famous Zen monk. The tradition of the daruma doll as a good luck charm was started at Takasaki's Shorinzan Daruma Temple (少林山達磨寺, Shōrinzan Darumaji) several centuries ago and has since spread across Japan. Today, Takasaki remains the major producer of daruma dolls, and Shorinzan Daruma Temple continues to host the country's largest and most famous daruma market (daruma ichi) annually on January 6 and 7, attracting thousands of visitors and offering daruma dolls of all sizes. Daruma dolls are traditionally bought in the beginning of each new year without pupils painted on. A wish is then made and one of the doll's pupils is painted on. If the wish comes true, the second pupil is also added, and the doll is returned to the temple or shrine at the end of the year to be burnt.

# For the details, please access to the followings site;
[Seasonable Traditions & Japanese Culture] http://www.goldenjipangu.com/190106daruma.html
[Official Homepage of the Event]  http://www.daruma.or.jp/eng/index.html