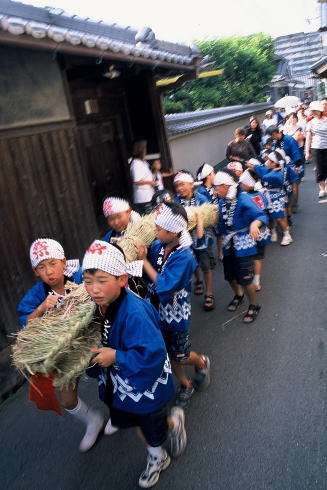 5th June, 2019 | Kashihara City, Nara
The exact spot of Emperor Jimmu's descent to earth was debated for centuries until in 1863 an area that is now part of the city was claimed to be the exact location.
The city was the location of the Imperial capital Fujiwara-kyō, from 694 to 710. At that time it was said to be one of the two richest cities of Japan: Umi no Sakai, Riku no Imai (tr. "by the sea, Sakai – inland, Imai" - Imai now being a part of Kashihara).