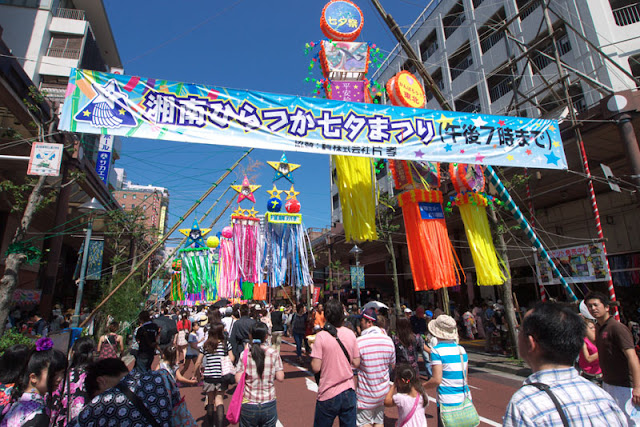 5th - 7th July, 2019 | Hiratsuka City, Kanagawa
Star Festival Festival began based on legend of Chinese Altair woman weaver and was informed by Japan as the Star Festival. It was inherited during life of the capital led by beginning Imperial Court noble, and it was manners and customs to pray for progress of calligraphy and the accomplishment of love.
We took this up in annual function, and the Edo Shogunate became manners and customs of samurai family and came to gradually spread to the common people and continued up to the present day as Star Festival Festival with characteristic by each area.   (*reference: Hiratsuka City)

# For the details, please access to the followings site;
[Seasonable Traditions & Japanese Culture] http://www.goldenjipangu.com/190705hiratuka.html
[Official Homepage of the Event]  ››  http://www.tanabata-hiratsuka.com/