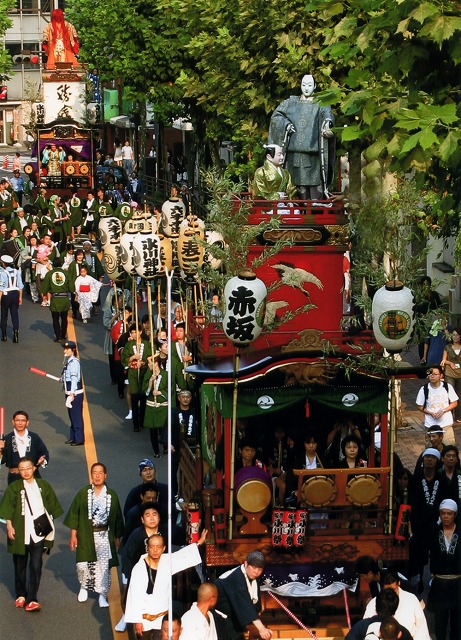 13th - 15th September, 2019 | at Hikawa Jinja Shrine, Akasaka, Tokyo
The Hikawa Shrine in Akasaka, Tokyo, like all 59 Hikawa shrines, is a spiritual branch of the Omiya Hikawa Jinja Shrine in Saitama City. This particular location enshrines the primary spiritual protector of the Akasaka District.
The shrine was constructed in 1730 under the rule of Tokugawa Yoshimune and it became Yoshimune’s personal shrine. Like many others, the Hikawa Shrine was bombarded during WWII. However, the main building fortunately survived the attacks.

# For the details, please access to the followings site;
[Seasonable Traditions & Japanese Culture] http://www.goldenjipangu.com/190913akasaka.html
[Official Homepage of the Event]  ››  http://www.akasakahikawa.or.jp